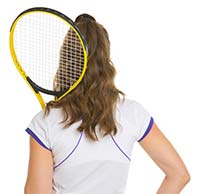 When playing an emergency, any disadvantage should be to your team and not to the opposition.

An emergency player (except Pool Emergencies) must be a financial member of your club in order to be eligible to play for your team (see by-law 7a).

If you use an emergency who is not a financial member of your club, that emergency will be deemed an ineligible player and each set in which she played will be awarded to your opposition 8-0.

The following points outline the Association’s policy on the playing of emergencies. This policy, except point (a), does not apply to Section 1 as it is deemed an open section.

If you are still not sure, contact the Record Secretary.