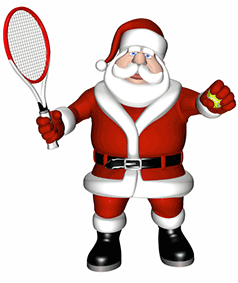 MEMRLTA organises a Tuesday women's doubles inter-club competitions in the Melbourne eastern metropolitan area. Matches are played every Tuesday except during State school term holidays and public holidays. While our by-law states that matches shall commence at 10am or at a time mutually agreed upon, the majority of matches commence at 9:30am.

Looking for a club to join?

See below for the list of Melbourne eastern suburbs tennis clubs currently participating in MEMRLTA. Many clubs welcome new players looking to join a team.

Organising your own team?

Other clubs within eastern metropolitan Melbourne are most welcome to apply. Put together a team and join our comp! All levels welcome. For further information, please contact our Secretary.

Don't have a team?

You can still play! Join our Emergency Pool. All levels welcomed. Being an Emergency Pool Player is a good way to find a team to join who you enjoy playing with!

Sets are eight game sets with no advantage. That is, each set is first to eight games, no tie-break. Players participating in matches must be financial members of the clubs registering them, or a member of our Emergency Pool.

If the temperature reaches 32°C at the appointed starting time or at any time thereafter, play may be stopped at the option of either captain.

There are two seasons each year: Summer and Winter. Both seasons comprise 10 teams per section although approximately every 5 years, to balance available Tuesdays, the Winter season is altered to consist of 8 teams per section.

Competition currently encompasses the tennis clubs listed below. Other clubs within eastern metropolitan Melbourne are most welcome to apply. For further information, please contact our Secretary.