HOW TO PLAY A TIE-BREAK

Tie-breaks will only operate for semi-finals and grand finals when a draw occurs. The players in the last set to finish play the tie break to decide the winners.

The players who first win seven points shall win the tie-break, provided they lead by a margin of at least two points. If the score reaches six all, the game shall be extended until a two-point margin is achieved. (Note that even though this tie break is played first to seven, it's historically referred to as a "12-point tie-break" game because it is the best of 12 points won by two (7-5).)

The player whose turn it is to serve shall be the server for the fist point, from the right court. Thereafter, each player shall serve in rotation for two points, beginning from the left court but in the same order as previously in the set until the winners of the game have been decided. (Odd points are served from the right court; even points are served from the left court. The first server initially has only one serve, but thereafter has two serves.)

Players shall change ends after every six points. 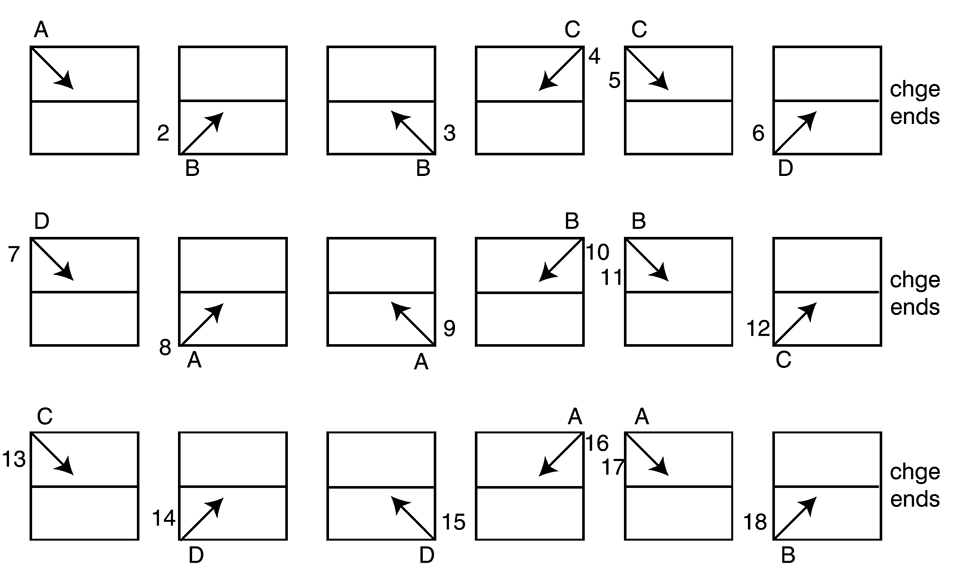